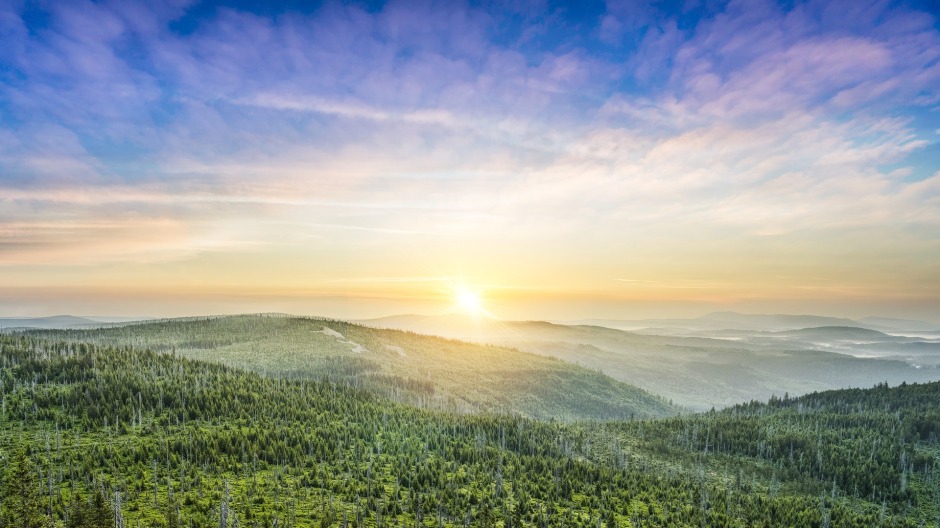 The Lord had said to Abram, “Go from your country, your people and your father’s household to the land I will show you.

“I will make you into a great nation,
and I will bless you;
I will make your name great,
and you will be a blessing.
I will bless those who bless you,
and whoever curses you I will curse;
and all peoples on earth
will be blessed through you.”

So Abram went, as the Lord had told him….

Abram worshipped the God who was known in the East as El. Creator of all, El was the Eternal, the Mighty, the Highest God. God calls on Abram, living with his father Terah and his wife Sarai in Haran, a city in upper Mesopotamia, to leave his country, his people, his father’s house and go to a land that he would be shown. God makes a covenant with Abram, promising to make Abram’s descendants into a great nation. Abram obeys and trusting in the promise made to him, sets out on the word of the Lord.

On the surface, in a quick reading, this seems like it was a great opportunity for Abram. He just had to go and he would be given a country and prosperity.

God said to Abram, “Go to a land I will show you.”

In this scriptural meditation, we will reflect on what made it possible for Abraham to trust God and put his entire future in God’s hands.

The Lord had said to Abram, “Go from your country, your people and your father’s household to the land I will show you.

“I will make you into a great nation,
and I will bless you…”

Abram heard the voice of God calling him to leave everything he knew, the place that was safe, all that was calculable and to travel to this “somewhere” that he would be shown. It would be a place of God’s choosing. A place prepared for him in God inestimable and unfathomable plans.

And Abram went. Why? He was going to the land that God would show him. This God who called him was real.

Abram put his future into God’s hands. As Joseph Ratzinger says in his book Faith and the Future, “He had met God and placed all his future in God’s hands; he dared to accept a new future that began in darkness.”

Pause: when have you been forced or invited to walk into a future that was not bright with hope? That wasn’t clear and certain? That was shrouded in darkness and that depended upon another? That depended entirely on God? Joseph Ratzinger states that Abraham could do this because “he had met God and placed all his future in God’s hands.” It is a daring move to respond to the invitation of God when we meet him, when we discover that God is too real to ignore, when we are certain that God is calling us somewhere we aren’t sure we want to go….

Abram went trusting in the word of God that had come to him. He asked no proof, no guarantee, he just went.

The future that God was proposing took precedence over what he had achieved and accumulated in the present. He had settled down, quite a wealthy man. He was set for life.

And at this moment, precisely when he thought he was set for the rest of his life, God said to him, “Abram, get up and leave all of this and go to a place that I will show you.”

God opens up for us a limitless horizon

At times our present rhythms of life, our current goods we’ve amassed, our personal relationships we’ve settled into can imprison us. When God calls us, and he does, he opens up for us a limitless horizon, a horizon that can only be calculated by the infinite God who holds it in his hand.

Abram, by leaving his present life and walking into the adventure of an unknown future discovered his true destiny, his authentic identity, the reason he was put on this earth, the place he was to play in the drama of salvation history.

We are citizens of heaven

Abraham is a man on the way, on God’s way, a stranger wherever he goes.

“By faith he made his home in the promised land like a stranger in a foreign country; he lived in tents, as did Isaac and Jacob, who were heirs with him of the same promise. For he was looking forward to the city with foundations, whose architect and builder is God. And by faith even Sarah, who was past childbearing age, was enabled to bear children because she considered him faithful who had made the promise” (Hebrews 11:9-11).

The author of the Letter to the Hebrews encourages us who walk on this earth to yet long for a better country—a heavenly one (cf. Hebrews: 11:15). “For here we do not have an enduring city, but we are looking for the city that is to come” (Hebrews 13:14).

Pause: we are citizens of earth and citizens of heaven. How would remembering this help you as you walk through the transitions of your life. All of us are called to leave our “homeland” many times. Each time the voice of God is speaking to us of a future of hope. He is gradually helping us emerge into our true identity and reach our final destiny.

St. Paul writes about people whose minds are set on earthly things. And he reminds the Philippians: “But our citizenship is in heaven. And we eagerly await a Savior from there, the Lord Jesus Christ, who, by the power that enables him to bring everything under his control, will transform our lowly bodies so that they will be like his glorious body” (Philippians 3:19-21).

I have to admit that in those circumstances, both happy and difficult, in which I need to leave where I’ve been to move to where I am meant to be as I walk into the future, my focus is too much on what I’m leaving, what I no longer have, what could happen, what I can’t control. What Abraham teaches me is that he went because he trusted that the God who promised his future was real and trustworthy. He trusted a YOU not a future goal. He deemed that God was able to provide for him all that he needed in order to fulfill his promises. Indeed, the most important thing is to comprehend that faith is always faith in a YOU before it is a faith in a series of beliefs.