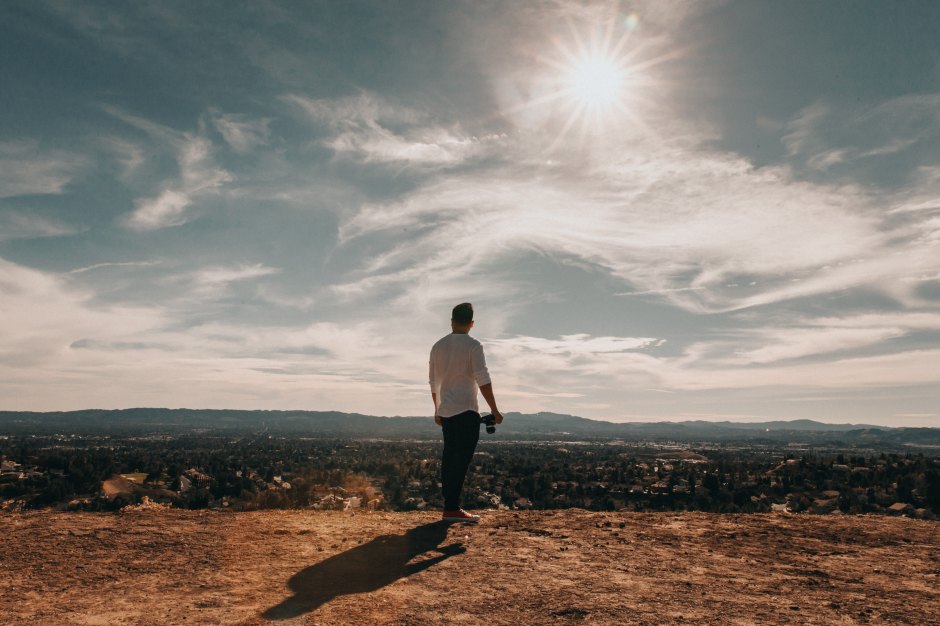 In my pastoral struggles and weakness, the messy wandering and wonderings that are part of every life, I have found great power for perseverance by keeping before me the face of a man who said “no” to God when he learned of God’s plan for his middle years. When he found the bush burning in the desert, Moses learned that he was supposed to lead his chosen people to the Promised Land. But Moses didn’t see his life that way. His vision for his life was small as he stood before the burning bush. He herded sheep in the desert. That was enough. But God saw Moses in the larger story of salvation. He had a kingdom-plan for him.

In moments of struggle I remember Moses. In moments of crisis in church and world and community, I remember that I also am not living my life in safe isolation, but am a part of God’s Kingdom…called and loved and sent that God’s Kingdom may come…. I remember that despite his initial no to God’s plan, Moses became the person about whom God said, “I speak with Moses face to face as with a friend.” And I want that too!

I look to Moses because I’m able to survey his whole life, from the miraculous way he was set apart at his birth to the sad moment he stood on Mount Nebo looking into the Promised Land. Moses knew then he would never set foot there, despite his years of wandering the desert with a disgruntled people, people he’d defended and taught and cared for at great personal cost. I look to Moses because he discovered the ultimate plan for his life in the messy wanderings of his middle years.

Because of his rescue by Pharoah’s daughter, Moses spent his early years in the privilege of the Pharaoh’s household. He’d been saved from the death decreed for all male babies born to Hebrew women; his fate lay in the hands of God as he was set adrift in a humble basket watched over lovingly by his sister.

As a young man, he got himself in trouble by murdering an Egyptian who had struck one of the Hebrew slaves. He escaped to the desert and for forty years wandered there, serving his father-in-law as herdsman, until he encountered the burning bush that would set his life in a new direction.

When we’re young, we seek to find our vocation in life—the state to which we’re called and in which we will live out our destiny: married, ordained, religious, single. But the burning bush sets our life in a new direction, the ultimate direction for which we were created; and it often turns up only in our middle years, many times after disappointments and sorrows. As it did for Moses, it comes upon us, it chooses us, it calls us. Sometimes it calls through a sudden witness or moment; sometimes the call comes gradually over years of life. It comes as a surprise and is not of our making, although in hindsight it makes perfect sense and we feel that we could have seen it coming.

God’s dreams are greater than ours.

By this time, Moses may have been resigned to just being the shepherd in his father-in-law’s service. He certainly wasn’t eager to sign on to God’s great plan to send him back to Pharoah and demand the liberation of God’s people from slavery! Yet this was why he was born. This was his true vocation, to which every life-decision had mysteriously led. This was the goal from the very beginning, in the light of which every failure was still mysteriously a preparation. This was the larger meaning of his life into which his human spirit grew. God’s dream was greater than his for his own life.

Our plans and dreams and agendas for our own lives may be similarly small. We hunker down. We turn away from the challenge of greatness. We resign ourselves to our regrets. We plan carefully what is possible to us and draw the boundaries clearly so we will not be forced to walk beyond them. The past determined our possibilities.

God doesn’t see us in isolation. God knows us within his Kingdom, within his people, with his plan for the salvation of all creation. Our authentic vocation is ultimately known only in God, and it is always in reference to others who need us. The “others” may not be an entire people such as the Israelites who needed to escape slavery from Egypt. It may be one other person, a community, a family, a classroom, a hospital, the streets of a city. We may not even know who that other person is.

We are always called in view of the Kingdom.

“Thy Kingdom come!” we pray in the Our Father. “Maranatha!” we pray in Advent. “The Lord is King. He is robed in majesty!” we pray this Sunday, the Feast of Christ the King.

Pope Pius XI instituted the feast of Christ the King in 1925 in the encyclical Quas primas (“In the first”) to response to growing secularism. He recognized that attempting to “thrust Jesus Christ and his holy law” out of public life would result in continuing discord among people and nations. That while governments crumble, we have the assurance that Christ the King shall reign forever. Today we do not face only the challenges of a secular society. The body of Christ must also tend to the wounds inflicted on the Church by priests and bishops, men who either committed acts of sexual abuse themselves or failed to respond to abuse with justice when they had the opportunity.

The Feast of Christ the King strengthens our hearts to believe that as governments come and go, as we struggle with the wounds we bear in the Church, Christ reigns as King of the entire world forever. And friends, you and I are important parts of the mosaic of that Kingdom that Christ is bringing about on this earth! Like Moses, we may have messed things up. Like Moses, we may wonder for years what our true place in the Kingdom is. Like Moses, we may be weighed down with the burden of our divinely assigned task. As it was for Moses, there will be ups and downs, joys and sorrows, ecstasies and depressions and disappointing moments. And like Moses, we might have even told God we didn’t think his plan was such a good idea, or we didn’t really want to be a part of it….

It doesn’t matter. That is all part of it. We need only pray, “Lord, show me where I fit into this plan of yours… that thy Kingdom come. Maranatha! Viva Cristo Rey! Long live Christ the King!”

As in Adam all die, so in Christ all will be made alive.  But each in his own turn: Christ the firstfruits; then at his coming, those who belong to him.

Then the end will come, when he hands over the kingdom to God the Father after he has destroyed all dominion, authority, and power (1 Cor 15:22-24).

2 thoughts on “Do not fear! No matter what happens, Christ reigns as King”